PSG and Lille will open the action in the Ligue 1 12th round on Friday evening. The home side wants to get back on the winning track while the visitors search for their third straight win against the Saints.

The hosts head to this game after snatching a point in a hot derby against Marseille. Although we didn’t see goals in that match, it was a very exciting one. PSG comfortably keeps the top spot, as they are seven points ahead of Lens. However, Mauricio Pochettino’s side hasn’t been too consistent lately, as they celebrated just once in the previous three Ligue 1 matches. Kylian Mbappe and the lads are still the most efficient team in the competition, but they produced only two goals on the last three occasions. PSG has been perfect at Parc des Princes so far, as they haven’t allowed a single point to their visitors. They want to continue in the same fashion and beat the defending champions.

Lille cannot be satisfied with its campaign, as they are very far from having a chance to defend the title. Les Dogues are 10th, being 13 points behind their upcoming rivals. The away side snatched just a point from the previous two rounds when Brest held them to a 1:1 draw. Jocelyn Gourvennec’s side hasn’t been disciplined enough in the back, as they have already conceded 16 goals. On the other hand, David Jonathan scored half of Lille’s Ligue 1 goals, and his teammates from the final third should back him up. Nevertheless, the visitors want another good display against PSG, as they managed to beat them twice in a row.

Although PSG hasn’t been too convincing lately, Lille has played far below their capabilities. The hosts are firm favorites in this one, and we expect them to pick up all three points from this clash.

One of the teams managed to keep the clean sheet in their previous six head-to-head clashes. Since Lille hasn’t been too productive, PSG might keep its net intact in this encounter. 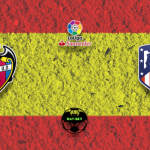 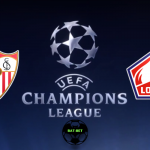