Rangers and Slavia Prague will face each other in the Europa League eight-finals second leg. Neither side managed to secure an advantage in the first clash and will search for a chance to progress into the next round.

It has been a great season for Rangers so far, and they finally managed to secure a title in the Premiership. After a tough period that lasted for a decade, the Gers won the domestic championship for the 55th time in their history. Steven Gerrard’s side still hasn’t lost in the Premiership, allowing its opponents only four points in 31 games. James Tavernier and the lads have been almost unbeatable in the back, as the hosts conceded only nine league goals. On the other hand, his teammates from the final third have been lethal for the oppositions’ goalkeepers, netting 77 times in the competition. Rangers also enjoy an excellent Europa League campaign after topping their group and eliminating Antwerp in the previous stage. They have an active result from the first leg and a good chance to continue their Europa League journey.

Slavia Prague dominates the Czech 1. Liga and the visitors are 14 points ahead of their arch-rivals Sparta Prague. Despite Sparta having two games in hand, they can hardly endanger Slavia’s authoritative top spot. The away side has also been undefeated in the domestic league so far and with the same number of draws as its upcoming rival. Jindrich Trpisovsky’s side heads to this match after beating Mlada Boleslav 3:0 on the road. Slavia has been excellent in the back with 15 goals conceded, while its strikers produced a total of 66 goals. Nicolae Stanciu and the lads have already faced a UK side in the knockout stage, as they eliminated Leicester City in the previous round. Although Slavia didn’t secure the advantage at home in the first leg, that didn’t prevent them from beating the Foxes 2:0 on the road. Another similar performance could see them progressing to the quarter-finals.

It is going to be a very exciting clash, as both teams have been playing excellently throughout the season. However, we believe Rangers are slight favorites, and they should celebrate a victory in this tie.

Despite their tight defenses, both teams have been very productive in the front this season. Therefore, we won’t be surprised if we see goals in both nets, as we don’t think any of these two teams will keep the clean sheet.

Click below to bet on Rangers vs Slavia Prague and claim your 100% welcome bonus up to 122€ now! 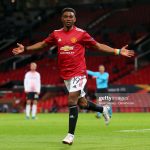 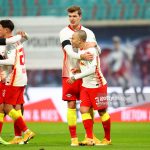