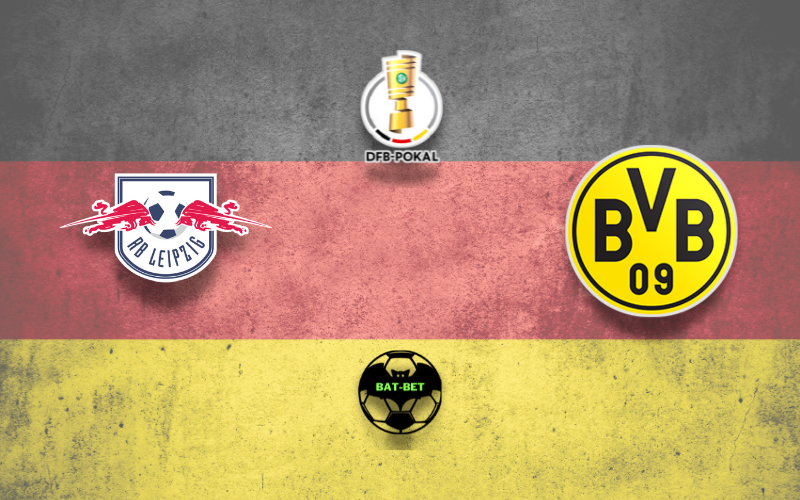 RB Leipzig and Borussia Dortmund will face each other in the DFB Pokal finals on Thursday evening. It is going to be their second clash in five days, but this time, the major cup trophy is at stake.

RB Leipzig is about to finish the Bundesliga campaign as runners-up, as they are four points ahead of Wolfsburg, with two rounds to go. However, the Red Bulls haven’t been too convincing lately, as they celebrated just twice in the last five matches. Julian Nagelsmann’s side has been very disciplined, and RB Leipzig conceded only 28 goals, making them the best defensive team in Bundesliga. However, they faced Borussia Dortmund last weekend and suffered a 3:2 defeat at Signal Iduna Park. RB Leipzig managed to get its way through the finals after beating Nurnberg, Augsburg, Bochum, Wolfsburg, and Werder Bremen. They need to improve from their previous match to increase the chances of lifting the trophy.

On the other hand, Borussia Dortmund has been in excellent form lately, as they tied five straight victories. Edin Terzic’s side lost only against Manchester City in the previous seven fixtures. That streak launched them into the top four in the Bundesliga, being one point ahead of Eintracht Frankfurt. Despite having defensive troubles throughout the season, Dortmund has been clinical in front of the oppositions’ net. However, they still cannot count on injured Erling Haaland, but they managed to beat RB Leipzig last weekend without their top scorer. Dortmund scored at least two goals per match on the previous five occasions, and if they continue in the same fashion, they can secure the Champions League ticket at the end of the campaign. Before that, BVB can lift the DFB Pokal trophy, and to reach the finals, they knocked out Duisburg, Braunschweig, Paderborn, Borussia Monchengladbach, and Kiel.

It is going to be another tight clash between these two teams, and this time, it’s going to take place at a neutral venue. Julian Nagelsmann has the opportunity to leave Leipzig’s post by winning the trophy, but Dortmund will try to pick up where they left off. RB Leipzig failed to beat their upcoming rivals seven times in a row, and we won’t be surprised if this clash ends in a draw.

Dortmund has been involved in many high-scoring matches lately, and they haven’t failed to find the back of the net since September 2020. On the other hand, they haven’t been too tight in the back, and we think both teams will score at least once in this clash.