Real Madrid and Atalanta will face each other in the Champions League eight-finals second-leg. The home side has a minimal first-leg advantage, and the visitors want to get back into the tie.

Real Madrid got back in the title race in La Liga after celebrating a 2:1 victory over Elche. At the same time, Atletico Madrid took only a point against Getafe. Los Blancos are now just six points behind their local rivals and are in a bit better momentum. Zinedine Zidane’s side trailed in the last three La Liga matches but managed to remain undefeated in all three. Karim Benzema and the lads were on the verge of a defeat in the Madrileno derby, but they equalized at the very finish of the match. The hosts lost three times at Alfredo di Stefano Stadium this season but failed to win only once on the last four occasions. Real Madrid booked a narrow 1:0 win in the first leg, mostly thanks to an early red card for Atalanta. They need to put a disciplined performance to secure a place in the quarter-finals.

Atalanta heads to this game after beating Spezia in Serie A last weekend. They remained in the top four,  being two points ahead of Napoli and Roma. Gian Piero Gasperini’s side booked five victories in the previous six Serie A rounds and played very well lately. Luis Muriel and the lads are the second-most productive team in the league, with 63 goals scored so far. They have been very good on the road, as La Dea lost on only two occasions from 13 outings. However, Atalanta needs to chase their rival’s advantage as they missed the chance to secure a positive result at the home ground. The match might have gone in a different direction if Remo Freuler hadn’t been sent off early in the game. The visitors search for another good display and a chance to advance to the next round.

It is going to be a very tight clash, and Atalanta shouldn’t be written off in this game. The match can go either way, and we won’t be surprised if it ends in a draw.

Atalanta needs to attack from the very start of the match, and we expect to see an open clash. Both teams should be able to score, and we should see goals in both nets.

Click below to bet on Real Madrid vs Atalanta and claim your 100% welcome bonus up to 122€ now! 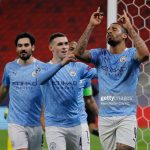 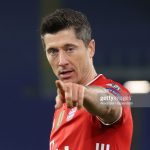