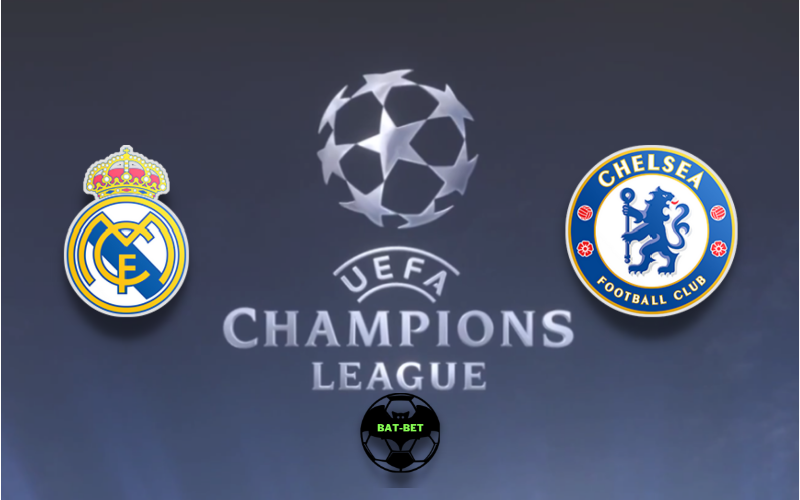 Real Madrid and Chelsea will face each other in the first leg match of the Champions League semi-finals on Tuesday evening. The hosts are looking forward to securing a home advantage while the visitors search for a positive result before the second leg match in London.

Real Madrid didn’t have a successful weekend as their goalless draw with Betis hurt their title bid. Los Blancos didn’t manage to convert their chances into goals, and now, they don’t hold their fate in La Liga. Zinedine Zidane’s side hasn’t lost since 30th January and their 2:1 defeat against Levante at Alfredo di Stefano Stadium. Despite Sergio Ramos’s absence due to an injury, Real Madrid managed to keep the clean sheet four matches in a row. However, they celebrated only in one, as they were confident in Cadiz, securing a 3:0 win. Real Madrid managed to eliminate Atalanta and Liverpool to reach this stage, and they aim for a place in the finals. A solid defensive display could help them achieve their goals a lot.

Chelsea secured a vital 1:0 victory away to West Ham United last weekend that propelled them to 4th place in the Premier League. Timo Werner ended his goal drought just before halftime, and that one was enough for the visitors to pick up all three points. Thomas Tuchel’s side consolidated in the back, managing to keep the clean sheet in the last three games, including the 1:0 victory against Manchester City in the FA Cup semi-finals. The Blues are three points ahead of the Hammers and four in front of Liverpool, putting them in a commanding position in the Champions League spot battle. However, Mason Mount and the lads need to improve their finishing, as they netted just twice on the previous four occasions. They need another disciplined performance to secure an active result in this tie.

Both sides have been inconsistent recently, winning derby matches but spilling points when they were firm favorites. It’s going to be a tight clash, but we believe Real Madrid will have enough strength to win this match.

These two teams have been unbeatable in the back and involved in low-scoring matches recently. We haven’t seen more than a goal in Chelsea’s last four games, while Real Madrid drew 0:0 in three out of the previous four fixtures. Therefore, we expect this game to remain under a 2.5 margin.