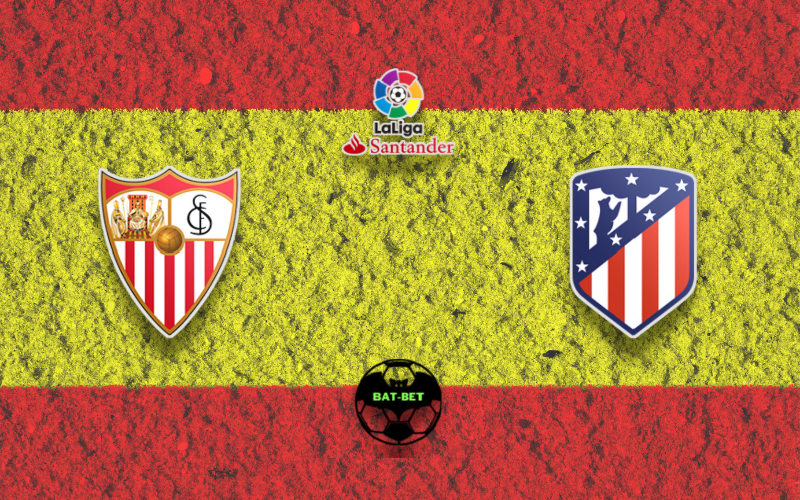 Sevilla and Atletico Madrid will face each other in one of the most exciting matches of the La Liga 29th round. The hosts want to remain in the top four, while the away side looks forward to keeping their advantage on the top spot intact.

The home side is on a good track to securing another Champions League ticket. Sevilla sits in 4th place, being nine points ahead of Villarreal, with one game in hand. After a series of poor results, the home side managed to get back on a winning track. Julen Lopetegui picked up seven points from the previous three rounds, conceding just one goal. In fact, Sevilla has been very tight in the back, despite the lack of productivity of its strikers. Youssef En Nesyri scored almost half of the home side’s goals this season in La Liga. They have been excellent at Estadio Ramon Sanchez Pizjuan in the campaign, as Sevilla celebrated ten times in 14 games. The hosts want to put another disciplined performance and win for the fifth time in the last six rounds.

This is one of the crucial games for Atletico Madrid in La Liga. Los Colchoneros spilled several points lately, which got Real Madrid and Barcelona back in the title race. Diego Simeone’s side is three points ahead of Los Blancos, with one game in hand and four in front of Barcelona. After being knocked out of the Champions League, Atletico Madrid puts the entire focus on winning La Liga. Joao Felix and the lads haven’t lost in the previous five rounds while keeping the clean sheet on the last two occasions. The away side is very hard to crack this season, conceding only 18 goals in 28 games. The visitors have been excellent on the road during the entire campaign, losing only once at the away grounds. Atletico Madrid wants to get back home with vital three points for the title battle.

It is going to be a very tight match that can go either way. Four of their last five encounters ended in a draw, so it wouldn’t be a surprise if these two sides split points once again.

This is the clash between the two tightest defenses in the league. However, we had the opportunity to see goals in both nets seven times in their last eight encounters. The odds are very generous for this market, and we decided to follow the tradition.