Juventus will host Roma in the most interesting match of the Serie A 3rd round. The home side searches for the way back to the winning track while the visitors want to retain the perfect record in the campaign.

Italian champions continuously from 2012 to 2020, Juventus have been much less to their advantage for two seasons. Last year, the Old Lady had to settle for 4th place but still preserved the essentials by winning the previous qualifying jump seat for the Champions League. During the preparation, the Bianconeri did not really shine, with one win, one draw, and two defeats. On the other hand, they did not miss their start to the championship by quite clearly dominating Sassuolo at home on the 1st day, 3-0. Last Monday, Juve lost points at Sampdoria 0-0. Therefore, they look forward to improving their game and securing another home victory.

Roma missed out on qualifying for the Champions League again last season. For the first season on the bench of Jose Mourinho, the Eternal City club still stood out by winning the very first edition of the Europa League Conference. After an encouraging preparation of 4 wins, one draw, and two losses, the Giallorossi won their first two league matches. Although unconvincing in the game, they bagged two wins against Salernitana 0-1 and against promoted Cremonese last Monday 1-0. I Giallorossi have been unlucky since a couple of players are sidelined due to injuries, but they are confident to continue their winning streak.

It is going to be an interesting clash in which both teams have the chance to pick up points. Therefore, we won’t be surprised to see these two sides finishing the game without a winner.

Their matches at Allianz Stadium haven’t been very efficient since only two out of the last eight went over a 2.5 margin. Neither team has conceded so far, and it might remain the case after this clash. 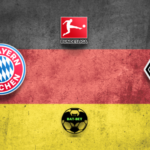 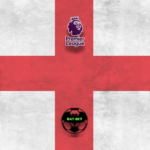