Hungary will take on France in the opening match of the EURO 2020 group stage Saturday’s action. The home side will search for a surprise, while the visitors want to secure their place in the knockout stage.

Although they were very close to snatching a point against the defending European champions, Hungary suffered a 3:0 defeat against Portugal. The hosts were brave but were not awarded for their efforts. They are in a tough group, though, and it would be surprising if Hungary manages to get through the group stage. Nemanja Nikolics and the lads failed to score two matches in a row, and they now face a very challenging opponent. Marco Rossi’s side enjoyed an excellent streak ahead of EURO 2020, but it ended at the start of the tournament. However, Hungary won’t give up as they want to fight bravely in front of their fans.

France made a huge step towards the knockout stage from the “Group of Death” as they managed to beat Germany 1:0. They could have scored more, but Didier Deschamps’s side wasn’t unhappy with this outcome at all. France is among the hottest favorites to win EURO 2020, and they want to keep up in the same fashion. Les Bleus enjoy a streak of five victories without conceding. They are rock-solid in the back, while Kylian Mbappe is the major threat for the oppositions’ goalkeepers. France has the chance to finish the job in the group stage, and they will search for all three points from this match.

France is a firm favorite, and it would be a great surprise if they fail to win this game. Of course, the odds on the away win are not too generous, but we will go for the Asian Handicap to get a better price. We believe France should celebrate a victory by two goals at least.

Although Hungary can be pretty dangerous in the front, the visitors have been unbeatable in the back lately. We think France could provide another defensively solid performance and keep their net intact. 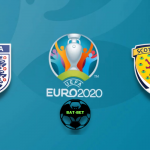 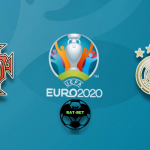